The Church of St. Simon and St. Jude

Sir Bohuslav from Olbramovice has found a hospital in 1354 on the place where the Church of St. Simon & Juda is today located. As a part of the hospital complex, a chapel has been necessary. This chapel has been sanctified by bishop Arnost from Pardubice, a close friend of the Emperor Charles IV, and dedicated to saints Simon and Juda – two original biblical missionaries.

Before 1620, the chapel has been rebuilt and enlarged by the non-Catholic churches in such degree that in became a competitor and opposer of the main cathedral of Prague – St. Vitus. After the battle of the White Mountain the church with the hospital has been given the Order of the Merciful Brethren who rebuild and rededicated the whole building in 1632. About 100 years later the church has been rebuild again and it gain its baroque look. In these times there has been installed pipe organ Andreas Wambetsser with a unique sound which have been used by famous and renown composers such as Wolfgang Amadeus Mozart or Joseph Haydn. During this reconstruction, the tower has been added to the building, the interior decoration, altars and statues have been finished and installed. Some of the statues have been created by Ferdinand Maxmilian Brokoff before1723. Another reconstruction has been done by the City of Prague between 1989 – 93. In the mean time a treasure has been found in the church – 350 silver coins from the times of the reign of George from Podebrady and Maxmilian II. ( 1564 – 1576 ), kings of Bohemia.

In 1989 the church has been given back to the Order of the Merciful Brethren of John of God. It is maintained by the Prague Symphony Orchestra who uses the church as a concert hall for its chamber projects. Especially the series of the baroque music authentic interpretation is highly acclaimed by both the public and the critics due to perfect location setting and the frame content.

The reconstruction has added to the historical space a professional background including floor heating which allows all-year services in the church. The church is a perfect location for concerts but also for additional congress activities, audio and video recording, radio and TV broadcasts. A site-tours may be organized.

An exhibition dedicated to the historical and architectural development, archeological research and social events of the church is constantly installed in the foyer. 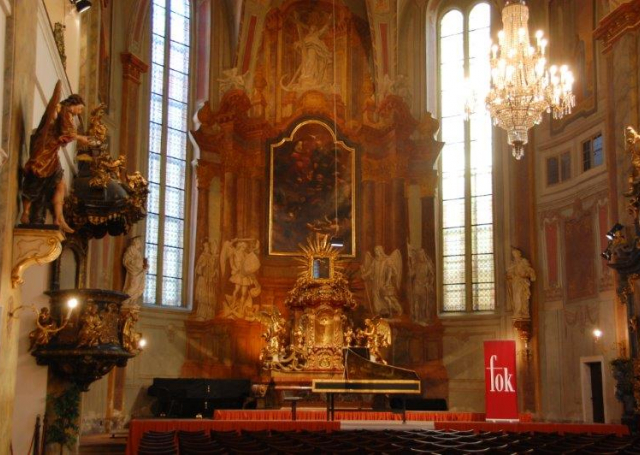 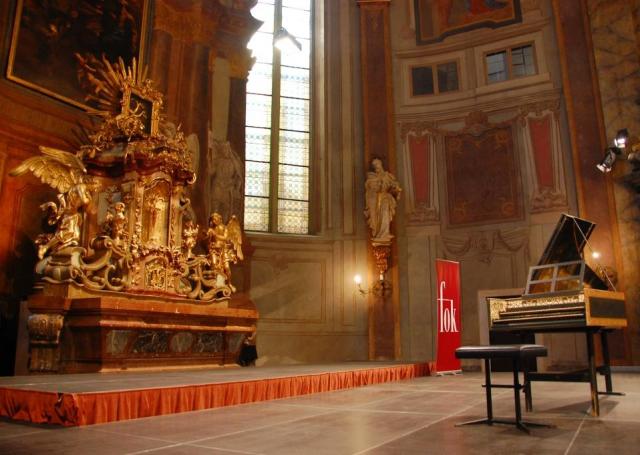 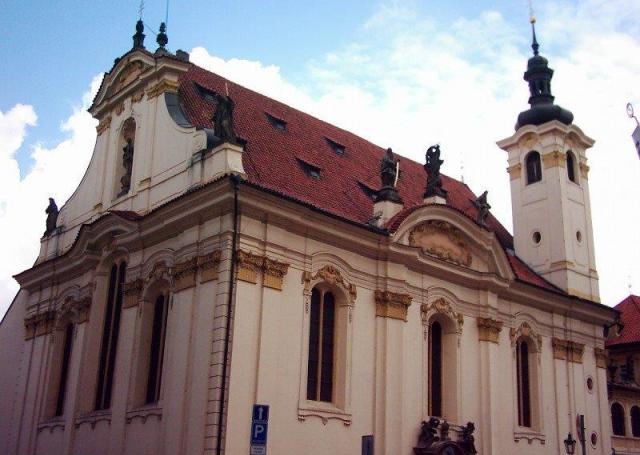