IN COOPERATION WITH CZECH CENTRES

SMETANA’S MY COUNTRY WILL BE HEARD ALL OVER THE WORLD

The FOK Prague Symphony Orchestra will play Smetana’s My Country on the day that commemorates the establishment of independent Czechoslovakia. The concert takes place every year on 28th October in the Smetana Hall of the Municipal House. This year’s concert will take place without the audience but it will be broadcast live to listeners in the whole world. This will happen thanks to Czech Centres—partners of international presentation. They will stream the concert to the whole world. The orchestra will be conducted by the new chief conductor Tomáš Brauner. The stream will start at 6 p.m. on the FOK Prague Symphony Orchestra YouTube Channel and FOK Facebook.

“28th October is traditionally important in the life of Czech Centres and compatriot communities across all continents and the concert broadcast will help them maintain the tradition also in this period when inviting Czech artists or holding an event is virtually impossible,” said FOK director Daniel Sobotka. “Smetana’s My Country is one of those masterpieces that every admirer of our country should know. It is our pleasure that it will be broadcast to listeners who would have otherwise not had a chance to enjoy it. The transmission of this significant Czech work of arts is an important step in the popularization of classical music and Czech culture,” he added.

The global pandemic has struck all sectors without compromise, including culture. Czech Centres responded virtually the same day and moved their activities to the online environment. Czech Centres have thus become an important and attractive partner for a range of artistic institutions across all domains including music. It is no wonder that Czech Centres have become the partner for international presentation. The General Director of Czech Centres Ondřej Černý comments on the cooperation with FOK: “28th October is the key date which symbolizes our modern national identity, not only in our country but perhaps more importantly in an international context. At its roots, the sound of My Country is particularly strong. I am pleased that thanks to the network of twenty-five Czech Centres abroad we can present the experience of Smetana’s mesmeric music to thousands of listeners worldwide. They will surely like the outstanding performance of the Prague Symphony Orchestra. 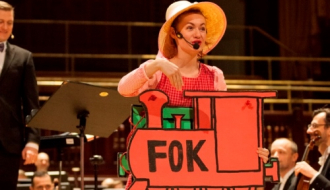 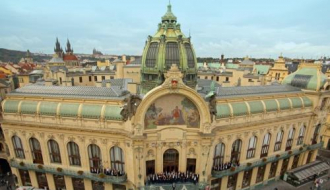 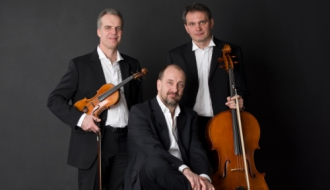