A poet of the piano

When French pianist David Fray gave his debut at the Firkušný festival in 2017, particularly in the Chopin pieces he remained true to his reputation as a “poet of the piano”. Born in the Pyrenees region, with Moravian roots on his mother’s side, he launched his career achieving competition success at the Montreal International Music Competition; in 2008 BBC Music Magazine named him Newcomer of the Year, and the Arte television channel broadcast a documentary about him by renowned director Bruno Monsaingeon entitled Sing, Swing & Think. Fray’s repertoire extends from Johann Sebastian Bach to the late Pierre Boulez, while Bach and also Schubert are among his key composers. “Bach is the beginning and the end of classical music. He is the greatest composer,” the pianist states, adding that his music often moves him to tears. This season he continues his tour presenting the Goldberg Variations, and two years ago he got together with Renaud Capuçon to record Bach’s Sonatas for Violin and Keyboard.

Our audience will be treated to the programme compiled from his penultimate album, featuring Bach concertos for two, three and four keyboard instruments, in which – as on the recording – he is partnered by Jacques Rouvier, his teacher from the Conservatoire National Supérieur in Paris, and by Audrey Vigoureux and Emmanuel Christien, also former pupils of Rouvier. The artists will be accompanied by a string ensemble from the Prague Symphony Orchestra, conducted from the piano by Fray himself.

The BWV 1060-1063 and BWV 1065 concertos are associated with Bach’s Leipzig period; these are versions of the composer’s concertos for other instruments or arrangements of works by him that did not survive in their original form. Concerto in A minor BWV 1065 for four harpsichords is a transcription of Vivaldi’s concerto L’Estro armonico Op. 3 for four violins. As an admirer of Italian Baroque concertos, here Bach pays tribute to one of their greatest masters, the 280th anniversary of whose death we commemorate this year.

Concert is a part of the Rudolf Firkušný Piano Festival 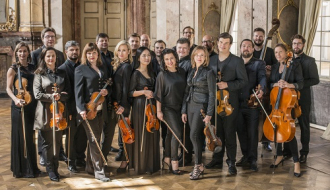 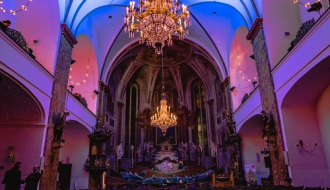 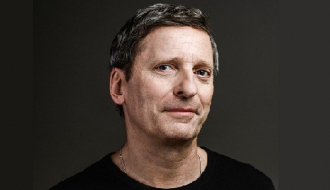